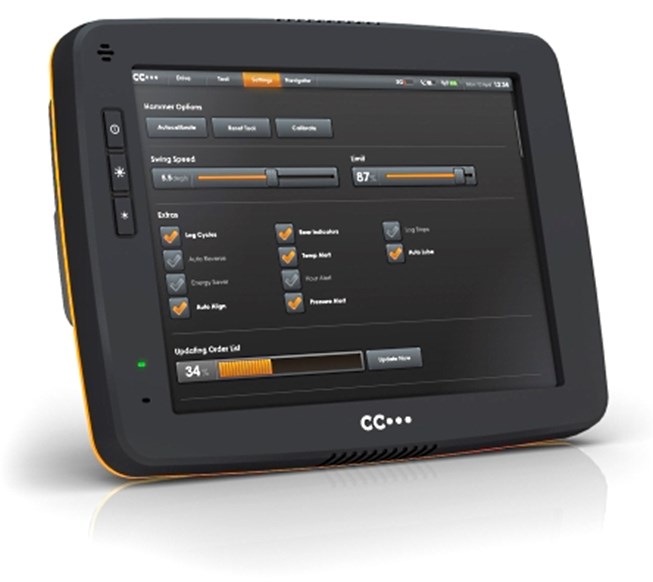 CrossControl launches CCpilot XM2, an upgraded version of the CCpilot XM introduced in 2011. With an Intel® Atom E3826, dual core 1.46 GHz main CPU, the XM2 has greatly improved computing power compared to its predecessor – in many benchmark tests it has proven to be 2-3 times faster. Graphics performance has been radically improved through the Intel® HD Graphics Gen 7 Graphics Processing Unit with native support in Linux, supporting hardware accelerated rendering of 2D, 3D vector graphics.

This computing performance together with the LinX Software Suite, an open software applications platform based on Qt, makes it possible to create advanced user interface systems and premium graphics with limited software engineering effort.

Through industrial grade CPU, CCpilot XM2 has a temperature range of -25 to +70 C and you can run at full CPU load over the entire range! Many on-board PCs and rugged tablets in the market are based on ATOM dual cores, such as the D2550, but are not industrial grade.

Compared to its predecessor it has also minor improvements, like CFAST storage for faster and safer writing to hard drive. The sturdy enclosure as well as connectors and external interfaces are kept identical to the old CCpilot XM, enabling easy upgrade from the predecessor.

CCpilot XM is supplied to leading equipment OEMs, serving in mission critical applications in critical environments. This calls for the highest quality level and with <300 ppm it meets the bill.

In conclusion, CCpilot XM2 is an on-board PC that delivers dependable and state-of-the-art performance in demanding applications, making machines smart, safe and productive.