Richard Hedlund is an Embedded Software Engineer at CrossControl working on our OS CC Linux as well as a Linux Production Test Image used in the validation process at our manufacturing plant in Alfta, Sweden. Richard earned his Masters degree in Engineering from Uppsala University. Earlier this year, as one of their two submissions, Uppsala University put Richards Masters Thesis forward as a candidate for the prestigious Lilla Polhempriset. Today Richard was announced as this year’s winner. 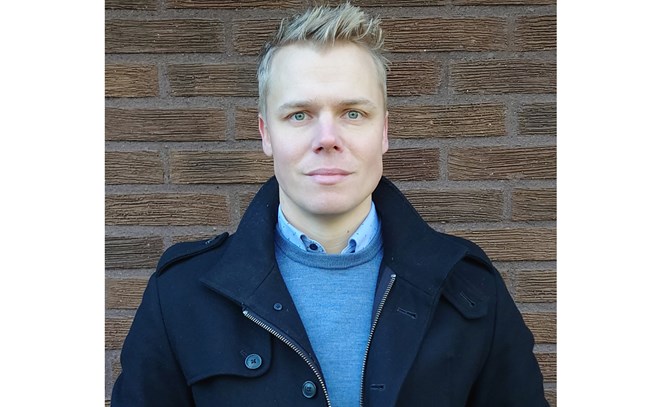 The Lilla Polhemspriset,is administered by Sveriges Ingenjörer. It is awarded for the best degree project in the master's engineering, the project must serve the public good and it must also be sustainably, environmentally friendly.

Richard’s project looked at the design of a UAV-based radio receiver for avalanche beacon detection using software defined radio and signal processing and its scopes included the construction of a fully functional proof of concept radio receiver for detecting avalanche beacons at the frequency 457 kHz. The radio receiver was designed to be mounted on an unmanned aerial vehicle (UAV or drone) and used to aid the mountain rescue teams by reducing the rescue time in finding avalanche victims carrying a transmitting beacon. The main parts of Richard’s master thesis involved hardware requirement analysis, software development, digital signal processing and wireless communications.

The radio receiver was customized to receive low power signal levels because magnetic antennas are used and the avalanche beacon will operate in the reactive near field of the radio receiver. Noise from external sources has a significant impact on the performance of the radio receiver. The project was successful in showing a receiver able to detect a beacon over significant distance and directing further research in how the concept could be improved both in maximum distance and in combatting interference.

Read more about the project here >