Software is transforming the capabilities of industrial vehicles

Adapt to industry trends with a modular technology platform

CrossControl will be at ConExpo 2023

CrossControl has presented the CCpilot VA 7-inch display computer. Based on the Linux system, users can choose to develop applications in C/C++ or utilize the company’s Linx Software Suite. 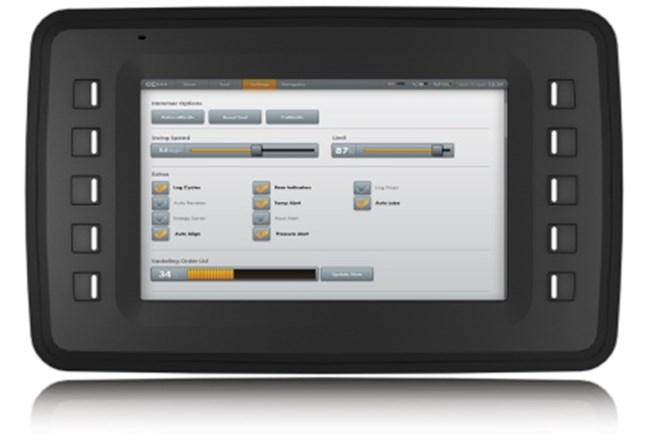 To offer OEMs and system developers a platform, the company introduced their first product in the Vision display line in 2012 – the 3,5-inch CCpilot VI. Next was the introduction of CCpilot VC in 2014 – a 5-inch widescreen display with 800 pixel x 480 pixel resolution. At the Intermat 2015 in France, the company launched the CCpilot VA – a 7-inch widescreen display with the same resolution, same ARM Cortex A8 core, and same software tools as its sibling VC. The display offers hardware acceleration for 2D, 3D, and vector graphics.

Based on the Linux system, users can choose to develop applications in C/C++ or utilize the Linx Software Suite of the company. The suite is an open software application platform where applications are developed in Qt and/or Codesys. The software suite features a range of ready-made software components. An example is the e-manual component. It lets users import manual texts and pictures and it provides support for search and navigation in the manual. QML (QT Meta Language) is another feature of the software suite. The descriptive coding language lets users handle advanced graphical features like transparency, shading, animations etc. with only a few lines of code – in C-coding such features are more time-consuming.

CCpilot VA comes with two CAN, two USB, Ethernet, and EIA-232 interfaces as well as analog video input. It also features eight configurable inputs for digital and analog sensors as well as two configurable outputs. The product offers ten soft keys and a PCAP touch screen for interaction with the vehicle system.