At Agritechnica 2017, the core members of the CCI consortium – Grimme, Krone, Kuhn, Lemken and Rauch - introduced the new CCI-1200 terminal. The CCI-1200 is the next generation of ISOBUS implement control, featuring a 12.1" sunlight readable widescreen display and multi-touch operation at smartphone level. 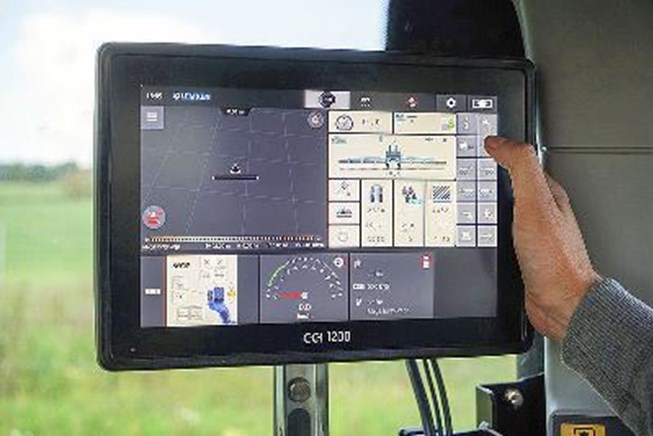 The CCI-1200 offers plenty of screen space for simultaneous viewing of multiple applications. For example, the camera or the map view of the Section Control is shown next to the UT. Or you can run two UTs simultaneously, allowing operators to control machine combinations.

CrossControl display computer for Lemken
The multi-functional capability means you do not need to install several terminals, saving cost and cab space. Thanks to the narrow frame of the CCI-1200 terminal, good visibility outside the cabin is maintained.

Another practical feature is that the individual machine functions are shown in mini-view format on the screen. This way, all relevant machine information is readily available and can be zoomed in by tapping on these mini views - giving operators the best overview and control. Furthermore, the CCI-1200 user interface can be customised to individual needs, allowing operators to align the data windows and miniViews for cameras and joysticks in vertical and horizontal lines.

CrossControl has developed the CCI-1200 hardware platform in close co-operation with the CCI consortium. It has been an honor for CrossControl to be part of this project and we salute the CCI motto – team play works.